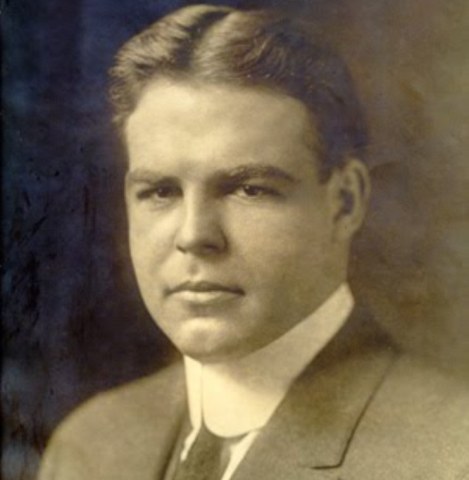 This is a short excerpt about William Borden that can be found in Mark Liederbach’s book The Convergent Church. It is a great example of a man who had been totally abandoned to purposes of God.

In 1904 William Borden graduated from a Chicago high school. As heir to the Borden family fortune, he was already wealthy. For his high school graduation present, his parents gave 16-year-old Borden a trip around the world. As the young man traveled through Asia, the Middle East, and Europe, he felt a growing burden for the world’s hurting people. Finally, Bill Borden wrote home about his “desire to be a missionary.”

One friend expressed disbelief that Bill was “throwing himself away as a missionary.”

In response, Borden wrote two words in the back of his Bible: “No reserves.”
Even though young Borden was wealthy, he arrived on the campus of Yale University in 1905 trying to look like just one more freshman. Very quickly, however, Borden’s classmates noticed something unusual about him and it wasn’t that he had lots of money. One of them wrote: “He came to college far ahead, spiritually, of any of us. He had already given his heart in full surrender to Christ and had really done it. We who were his classmates learned to lean on him and find in him a strength that was solid as a rock, just because of this settled purpose and consecration.”

During his college years, Bill Borden made an entry in his personal journal that defined what his classmates were seeing in him. That entry said simply: “Say ‘no’ to self and ‘yes’ to Jesus every time.”

Borden’s first disappointment at Yale came when the university president spoke in a convocation about the students’ need of “having a fixed purpose.” After that speech, Borden wrote: “He neglected to say what our purpose should be, and where we should get the ability to persevere and the strength to resist temptations.”4 Surveying the Yale faculty and much of the student body, Borden lamented what he saw as the end result of an empty, humanistic philosophy: moral weakness and sin-ruined lives.

During his first semester at Yale, Borden started something that would transform campus life. One of his friends described how it began: “It was well on in the first term when Bill and I began to pray together in the morning before breakfast. I cannot say positively whose suggestion it was, but I feel sure it must have originated with Bill. We had been meeting only a short time when a third student joined us and soon after a fourth. The time was spent in prayer after a brief reading of Scripture. Bill’s handling of Scripture was helpful. . . . He would read to us from the Bible, show us something that God had promised and then proceed to claim the promise with assurance.”

Borden’s small morning prayer group gave birth to a movement that soon spread across the campus. By the end of his first year, 150 freshman were meeting weekly for Bible study and prayer. By the time Bill Borden was a senior, one thousand of Yale’s 1,300 students were meeting in such groups.

Borden made it his habit to seek out the most “incorrigible” students and try to bring them to salvation. “In his sophomore year we organized Bible study groups and divided up the class of 300 or more, each man interested taking a certain number, so that all might, if possible, be reached. The names were gone over one by one, and the question asked, ‘Who will take this person?’ When it came to someone thought to be a hard proposition, there would be an ominous pause. Nobody wanted the responsibility. Then Bill’s voice would be heard, ‘Put him down to me.'”

Borden’s outreach ministry was not confined to the Yale campus. He cared about widows and orphans and the disabled. He rescued drunks from the streets of New Haven. To try to rehabilitate them, he founded the Yale Hope Mission. One of Bill Borden’s friends wrote that he “might often be found in the lower parts of the city at night, on the street, in a cheap lodging house or some restaurant to which he had taken a poor hungry fellow to feed him, seeking to lead men to Christ.”

Borden’s missionary call narrowed to the Muslim Kansu people in China. Once he fixed his eyes on that goal, Borden never wavered. He also challenged his classmates to consider missionary service. One of them said of him: “He certainly was one of the strongest characters I have ever known, and he put backbone into the rest of us at college. There was real iron in him, and I always felt he was of the stuff martyrs were made of, and heroic missionaries of more modern times.”

Although he was a millionaire, Bill seemed to “realize always that he must be about his Father’s business, and not wasting time in the pursuit of amusement.” Although Borden refused to join a fraternity, “he did more with his classmates in his senior year than ever before.” He presided over the huge student missionary conference held at Yale and served as president of the honor society Phi Beta Kappa.

Upon graduation from Yale, Borden turned down some high-paying job offers. In his Bible, he wrote two more words: “No retreats.”

William Borden went on to do graduate work at Princeton Seminary in New Jersey. When he finished his studies at Princeton, he sailed for China. Because he was hoping to work with Muslims, he stopped first in Egypt to study Arabic. While there, he contracted spinal meningitis. Within a month, 25-year-old William Borden was dead.

When the news of William Whiting Borden’s death was cabled back to the U.S., the story was carried by nearly every American newspaper. “A wave of sorrow went round the world . . . Borden not only gave (away) his wealth, but himself, in a way so joyous and natural that it (seemed) a privilege rather than a sacrifice” wrote Mary Taylor in her introduction to his biography.

Was Borden’s untimely death a waste? Not in God’s perspective. Prior to his death, Borden had written two more words in his Bible. Underneath the words “No reserves” and “No retreats,” he had written: “No regrets.”1